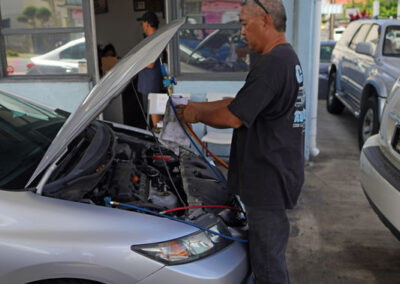 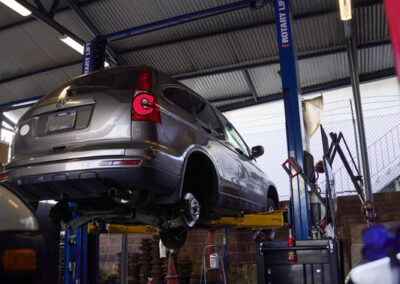 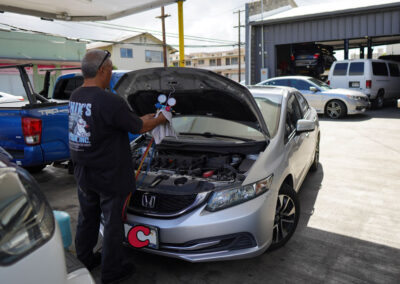 “My car’s a/c was intermittently working and took it to Chik’s to repair. I had taken to the dealership twice and they couldn’t figure it out and didn’t make recommendations so I just lived with it for years. Decided I was done with the heat but was afraid it was going to cost a ton to repair and I’d be without a car for too long but did it anyway. I called Chik’s and got an appointment 2 days later. Dropped it off, got a call a few hours later letting me know they found the problem and how much it would cost to repair. I told them to go ahead and a few hours later I got a call that it was done. I lived with this problem for years and it was fixed in less than a day and for only a few hundred bucks. I was so mad at myself for waiting so long but I couldn’t be more thrilled with Chik’s! They did an amazing job, efficient, cost effective, good customer service. Highly recommend!”

“Great service, reasonably priced, honest and trustworthy. They fixed my air conditioner and my brakes. They did not try to pad my bill with additional services I didn’t need (like doing all the brakes when only the front t was needed). Both my AC and brakes are now working perfectly. They were pretty fast, too!”

“Family owned and run business. First time I went they took my car the same day I called to repair AC blower and oil change. Fair pricing with good service brought me back a few months later when our Tundra needed both breaks replaced. Again, happy with the quick response and repairs. I hope none of my vehicles need any more repairs soon, but if they do I’m relieved to have found this place.” 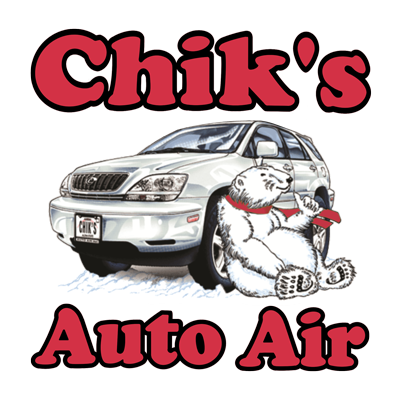